For Valentine’s Day this year, I thought it would be fun to do an art project with Kolton and incorporate his baby sister into it. We have been talking to him very often about him being a big brother and what that all means. I don’t think he quite understands yet, so I decided to have her included more now so it is not too much of a shock to him when she finally arrives in May!

Kolton loves drawing and painting, so I decided that we would make Valentines for his baby sister and his Dad! I made sure to have the project very organized before I let him know what was going on in order to minimize any possible chaos and mess, and I went into it without any unrealistic expectations of perfection (after all, he is a two year old). This was possibly the smoothest project we’ve done, and also the cutest!

After Kolton went to bed the night before, I began setting up in the garage. We have an outdoor table and chair set from Ikea and some disposable floor mats for messy dinners, which really came in handy for this project. First, with the painter’s tape, I wrote “LOVE” on one canvas and the letter “K” on the other. I covered them both with Gesso and let them sit overnight as a seal before we began painting.

The next morning, as Kolton watched his cartoon, I brought out the paint, brushes, markers, canvases, and everything we would be using. It was all ready for Kolton to play with when he came out. He went right to it! He immediately grabbed a brush and started painting very meticulously on the canvas like he had been doing it for years. It was the cutest thing!

When I noticed he was beginning to get distracted, I set the canvases aside to dry out of his reach, and began the next part of the project. I got the Do-A-Dot markers and let him play around with them on the artist’s paper.

He had to take a few time outs to play and explore, which was more than fine with me! This gave me time to clean up a little and keep certain items out of reach.

When he was finished, we went back inside while his art work began to dry, and we took a little snack break.

At this point, it is beginning to get close to lunch time, and we were both in need of a break. We had lunch and went to the park for a bit while the canvases dried outside in the sunshine. By the time Kolton went down for his afternoon nap, everything was ready for completion, and I was able to clean up what little mess was left.

I glued the heart and the letters onto the red construction paper, and pulled off the blue painter’s tape from the canvases. I am so proud of how everything turned out and so is Kolton! He LOVES that he was able to make a Valentine for his baby sister, which will go up on her wall. I can’t wait to tell her all about how hard her big brother worked on it before she was born. I also know Curtis will love receiving this adorable and creative Valentine from his son, and I will have a keepsake as well. The “K” will go up in Kolton’s room to be displayed on his wall.

I hope you enjoyed this project as much as we did! 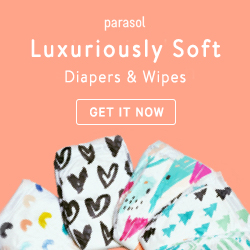